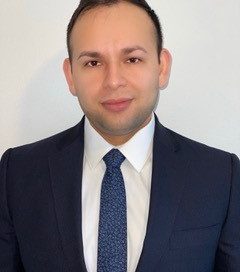 Originally from Los Angeles, CA, Moises grew up in a migrant family as a first-generation American.  After graduating high school early to serve in the military, he completed extensive training to become a member of the 75th Ranger Regiment.  As an army ranger, he participated in four combat tours to the Middle East in support of Joint Special Operations Command and its various detachments.

Moises later graduated from the Seattle University School of Law, where he developed an interest in dispute resolution, complex problem solving, and literature.  Part of his time in law school was dedicated to working for the Office of the King County Prosecuting Attorney, the Dispute Resolution Center of King County, the Washington State Court of Appeals, and the Seattle Journal of Environmental Law.  He completed his undergraduate education at the University of Washington, where he focused his studies in Criminal Justice and Politics as a member of the Dean’s List.

Moises has a passion for gaining an in-depth understanding of someone’s individual situation to assist them with difficult circumstances.  When not in the office, he enjoys amateur astronomy and Sci-Fi novels.